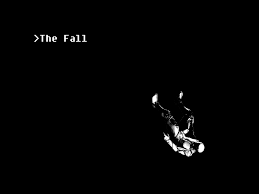 Set in a dark, distant sci-fi universe, The Fall is an ongoing trilogy about ARID, an artificial intelligence on-board a futuristic combat suit. The Fall is a unique blend of traditional adventure game puzzles and action, mixed together nicely and set in a world rich with atmosphere. Players of The Fall will find themselves thinking, exploring, and sometimes fighting with the world and its unusual inhabitants.
Advertisement:

In the first instalment, she is activated one day to find that the human pilot of the suit is unconscious and in desperate need of medical help. ARID's directive is clear - take her pilot towards medical attention. However, as she struggles to take control of the suit and help her non-responsive friend, she finds herself in a unique and bizarre situation that will cause her to question her rigid relationship to her various protocols and ultimately her self understanding. In the second instalment, ARID switches her developing consciousness between a virtual world, and three real-world situations where she must inhabit different robot bodies and work with (and occasionally around) the limitations of the artificial intelligences contained within.

The Fall was released by Over The Moon in 2014, and it is available on Wii U, Windows, Mac, and Linux. You can buy it on Steam here.

The Fall Part 2: Unbound was released on February 13th, 2018. The third installment is still in development.

Has no relation to the 2004 Western RPG The Fall: Last Days of Gaia, and neither of them are related to the 1956 Albert Camus novel The Fall, the 2006 Tarsem Singh film or the BBC crime drama.

The Fall provides examples of:

Late Arrival Spoilers beyond this point.