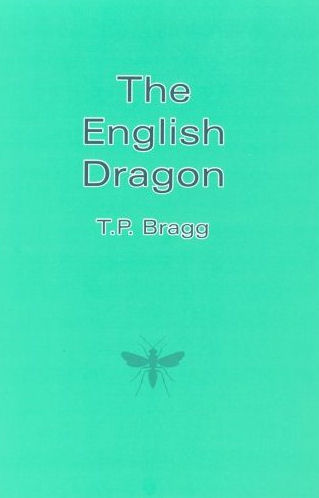 Damn funny-looking dragon.
If you consider yourself to be one of the silent majority who are fed up with the way England is being sold down the pan, then this is the book for you. At last someone has had the courage to tell it the way it is - the BBC won't do it, the press won't do it, but Mr Bragg has. Well worth the cover price for his descriptions of modern urban life.
— An Amazon.co.uk customer

Advertisement:
This book is for realists. All those who do not wish to see multicultural London, as it really is, will find that it challenges all they have been told to believe over the years and it warns all those who cosily believe they are immune from the malaise by virtue of their cocooned rural existence that they are not beyond its reach."
— Another Amazon.co.uk customer

, English Democrats EU candidate (2004) and critic of some mainstream publishers

Tim Bragg. A chap named Oliver has his toddler son Ben kidnapped by stoned inner-city teenagers, provoking much mulling over what it means to be English and a culture clash between young and old, urban and rural, cosmopolitan and traditional.

The book was published by Athelney, whose catalogue also includes An English Nationalism, The Deculturalisation of the English People and English Witness to their Darkest Hour. The outfit is based in England.