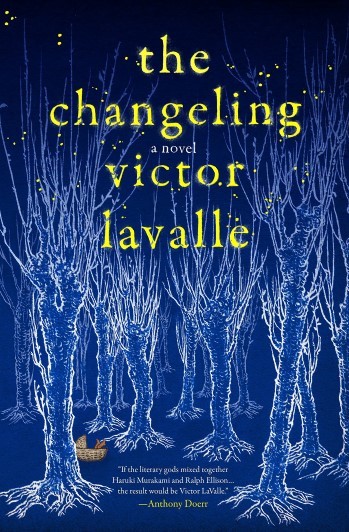 Surely, there won't be any creepy woods in this book
Advertisement:

The Changeling is a novel written by Victor Lavalle. It follows Apollo, a rare book collector, with a beautiful young wife and a kid on the way. He’s looking forward to being a father and to being a better father than his father ever was. But things take a turn not long after the baby is born.

The Changeling is a modern day horror/ dark fairy tale: think Grimm’s fairy tales before they were bowdlerised. It’s at times frightening, funny, touching, and frustrating. It touches on the darkest parts of old stories and urban legends...old world ways and new technologies.

The Changeling contains examples of: