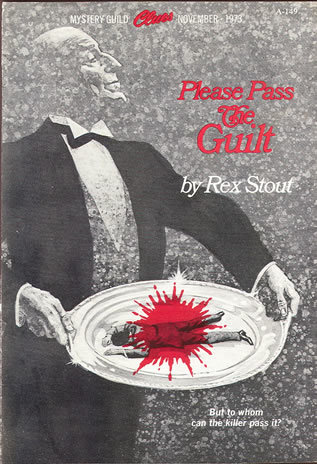 Doc Vollmer visits the brownstone asking a favor: a psychiatrist friend of his reports having a patient fretting about seeing blood on his hands. After Wolfe sees the patient and learns his true identity, he realizes the man is one of those connected to the recent murder of Peter J. Odell, a television executive killed by a bomb in the desk drawer. But as the drawer belonged to Odell's rival Amory Browning and was known to contain only whiskey, Wolfe and Archie ask two questions: why did Odell open the drawer, and for whom was the bomb intended? After eliciting a client in Madeline Odell, the victim's widow with an eight-digit worth, Wolfe and Archie learn the answer to the first question. But in order to learn the murderer's identity, they need to answer the second, no matter how many days of unprofitable work it takes.