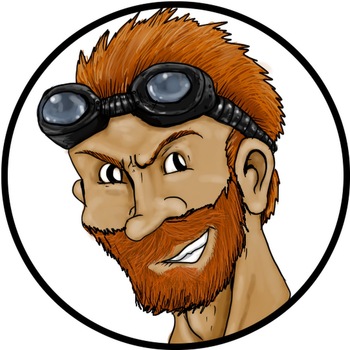 "Welcome to the channel. I'm a Minecraft builder who loves retro gaming and just a general laugh. This channel started as a fun side project but I am really enjoying what I am making and love to see that the Minecraft community is still as awesome as ever. I'm based in New Zealand but always try to stream and upload at times that are convenient for the U.S. and Europe." -Sunfire_SG himself
Advertisement:

, or Sunfire Sean Grey, or just Sean, is a breakout let's player of Minecraft on YouTube. Sunfire consistently sets himself apart from the common and tired parts of Minecraft let's playing through a lot of unique qualities. Just a few of them include his occasional clever editing to instill a story, proficiency with building nice-looking buildings, affliction of chronic pain, genuinely entertaining sense of humour, and even a noticeable tendency to start and maintain deep conversations about life itself.

One of the biggest aspects of Sunfire's online personality is how he, with his chronic pain, reacts to life in a rather strange way: stubbornly continue to play and record, often using the pain as a motivator to work on major projects more, rather than less. One incredible example was a night where he, between suddenly-juxtaposed edits, has major pain and then... spends about two and a half hours building a set from one of his favourite movies, the Ghostbusters office tower.