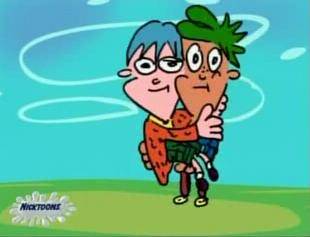 Because one image from this scene just wasn't enough.

Nickelodeon's Cult Classic KaBlam! is known for its comedy, some sneaking stuff past the censors, occasional terror, and... sweetness?

Indeed, KaBlam! can be pretty darn touching at times. Most of these moments are between Henry and June, but some of the other shorts also have their moments.

open/close all folders
Henry and June
Life With Loopy
No wonder why some of the fans really wish he was their older brother.