A Character sheet for the cast of the beloved Nicktoon KaBlam!. We know that Henry, June and a lot of other characters are subject to Animated Actors, Art Evolution, Curtains Match the Window, Medium Awareness and No Fourth Wall already, so let's consider those covered already. Now let's get rolling. 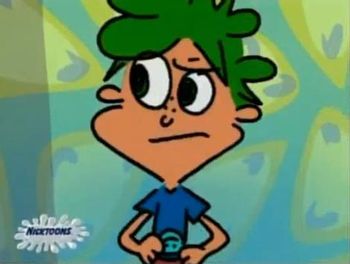 Henry started the show as the more "normal" and laid-back host, especially compared to the (at the time) zany June. Eventually, while he was still calmer than June, he became the butt of almost every joke. 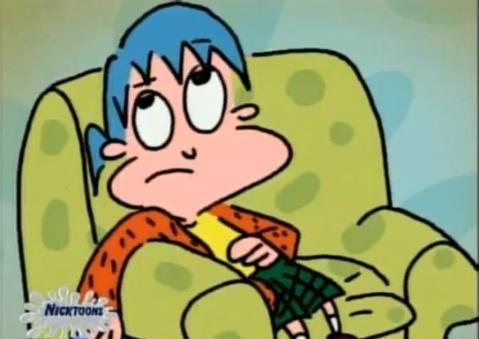 While Henry was the calmer and more laid-back host in the early episodes, June was ditzy and just a little crazy. From Season 2 onwards, however, she became a lovable, good-hearted Deadpan Snarker. The only things that stayed the same were her cute looks and fiery temper. 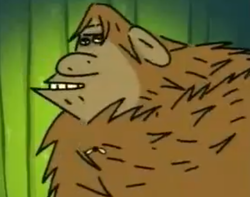 The stagehand of the show, who just so happens to be a Sasquatch. He enjoys beating Henry up, however he will never hurt June. 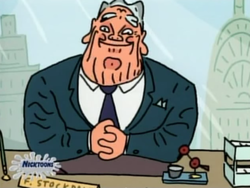 Mr. Stockdale is KaBlam!'s elderly network executive, and Dawn's grandfather. While he doesn't make many appearances, each one shows him to be senile, dim, and a bit corrupt.
Sniz and Fondue 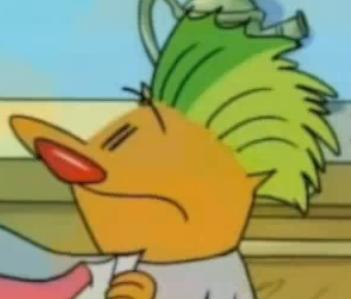 Sniz is a crazy little ferret who loves comic books and motorcycles. Often getting into trouble, his older roommate Fondue will try calming him down. 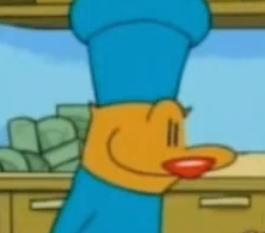 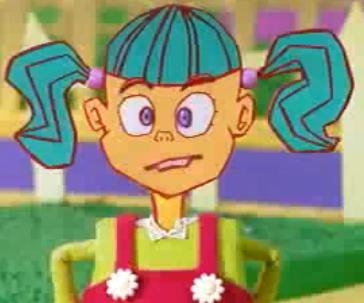 Voiced by: Danielle Judovits
A crazy and imaginative seven-year-old who gets into all sorts of odd situations 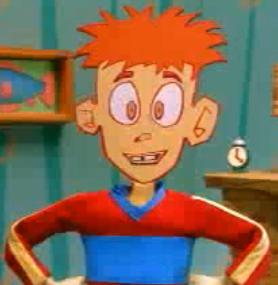 Loopy's shy older brother whom Loopy tells all her adventures too, if he wasn't involved.
The Off-Beats 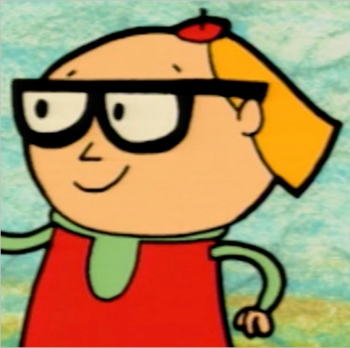 Betty-Anne is the (unofficial) leader of The Off-Beats. 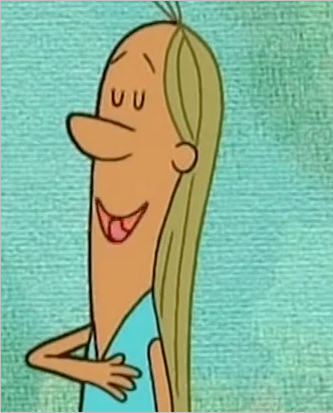 Repunzil is the ditzier Off-Beat in the show, and loves animals. 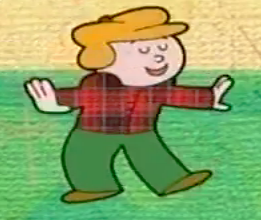 Tommy is the other boy of the Off-Beats, and loves being outside. Usually very calm, he can yell pretty loud when upset. 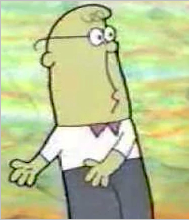 August is the brains behind the Off-Beats, however most of his inventions come out wrong. 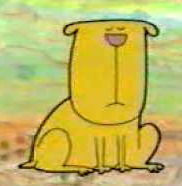 September is August's dog, who's "paid" to like him.
Prometheus and Bob

A purple alien with a remote controlled video camera, trying to teach Bob about various things.

A caveman, understandably a slow learner, to Prometheus' ire.

A monkey who sometimes joins in the lessons, often damaging the camera or Prometheus' other equipment with his antics.