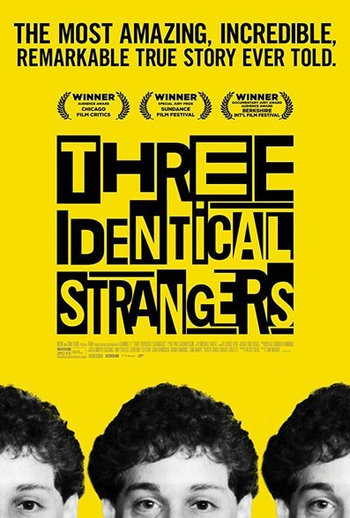 Three Identical Strangers is a 2018 documentary directed by Tim Wardle about the lives of David Kellman, Bobby Shafran, and Eddy Galland: identical triplets separated at birth and adopted by three different families with no knowledge that there were other siblings.

A chance encounter reunites the brothers when they are nineteen years old. Then it gets complicated.