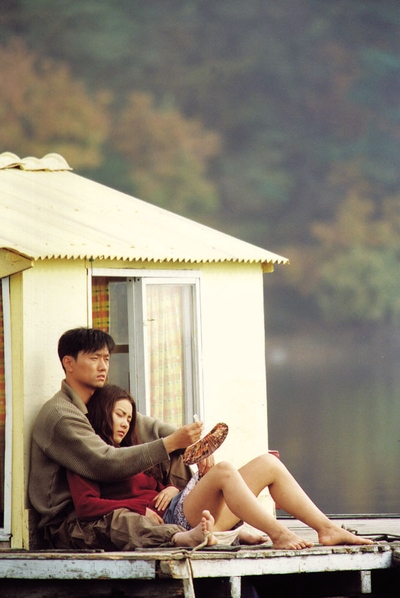 The Isle is a South Korean movie directed by Kim Ki-duk and released in 2000. It was Kim's breakthrough movie, his previous works having remained relatively confidential.

The setting of the story is a remote lake where people rent small floating bungalows. The caretaker, Hee-jin, is a mute woman who ferries the customers around, provides them with supplies, and engages in occasional prostitution. One day, a man shows up, wanted by the police for killing his wife. Distraught and desperate, he tries to commit suicide, but Hee-jin rescues him. Intrigued by his pain, she begins a wordless but intense relationship with him, and the two lovers gradually shut themselves out from the outside world.