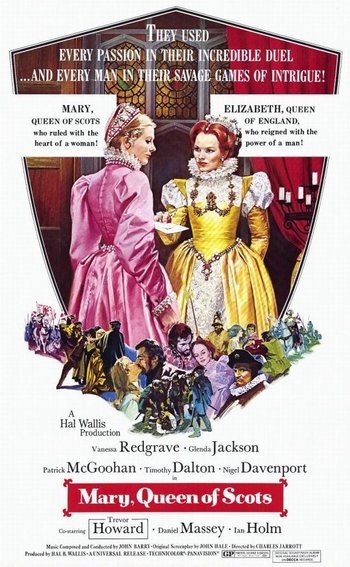 "If your head had matched your heart, I would be the one awaiting death."
— Queen Elizabeth
Advertisement:

The movie won several awards and Jackson would reprise the role of Elizabeth in Elizabeth R. One of the last films produced by Hollywood veteran Hal Wallis.