Film / K2: Siren of the Himalayas 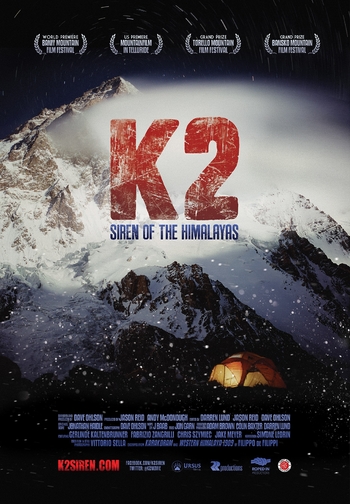 K2: Siren of the Himalayas is a 2012 documentary about an expedition to climb K2, the second-highest mountain in the world, but considered by many to be the most challenging climb. The climb covers a team lead by American climber Fabrizio Zangrelli in 2009 interspered with accounts from the first attempt to scale the peak lead by Duke Luigi Amedeo in 1909.