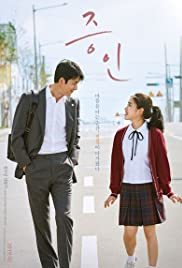 Innocent Witness is a 2019 South Korean drama film directed by Lee Han. The main plot of the film is about the relationship between a lawyer and an autistic student.

Soon-ho is an attorney who needs to pay his father's debt. One day, he gets a murder case: Mi-ran, a housekeeper was accused of murdering her master. Mi-ran claimed that she found her master dead in his own room. The only witness of this case is an autistic high school student named Ji-woo. In order to convince Ji-woo to bear witness, Soon-ho decides to meet and befriend her.