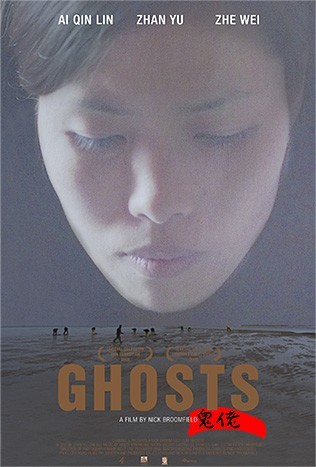 Ai Qin is an illegal Chinese immigrant who came to the UK. She hails from Fuzhou, China, where the only work there is badly paid agricultural labour, and that is very hard to come by. She has a son, but she is a single mother whose husband left her for another woman. She knows that it is very risky to immigrate to another country, but she is desperate to provide for her family. In fact, she is so desperate that she turns to a snakehead gang to smuggle her to Europe for a deposit of $5,000, and the obligation to pay off the loan of another $20,000. She gets a job in a meat-packing factory in the UK. She finds out that the UK's food industry depends on underpaid, exploited migrant labour. The profitable alternative is "massage" (i.e. sex work), but she doesn't want to turn to that. She has to depend on a gangmaster who is not really in a good position of power, and he has to bribe richer contractors just to get poorly paid work. Things get so bad that the group Ai Qin is in desperately turn to cockle-picking at Morecambe Bay. This film is a recreation of the 2004 Morecambe Bay cockling disaster, so it's not hard to guess what happened.