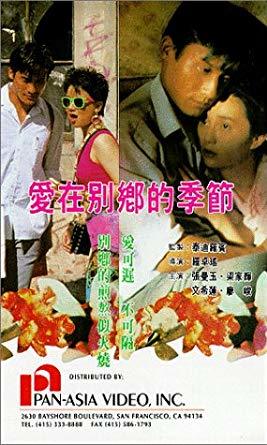 Li Hung (Maggie Cheung) is a desperate post-Revolution mother who has tried for years to obtain a visa to come to America, to study to earn a better life for her husband, Zhou Nansan (Tony Leung Ka-fai) and her son Sansan. After a short time however, she loses contact with her family back home. Nansan smuggles himself to New York to find her, as he gets knocked around by this unusual American society and meets a downtrodden cast of cynical characters.

Slowly, he loses himself amidst the dirt of New York, but slowly pieces together what happened to his wife.