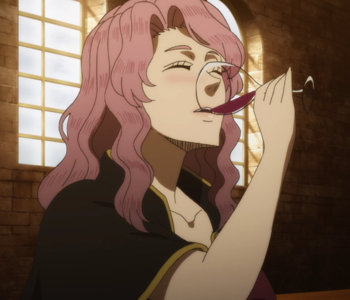 Drinking game for Black Clover. Take a sip whenever: