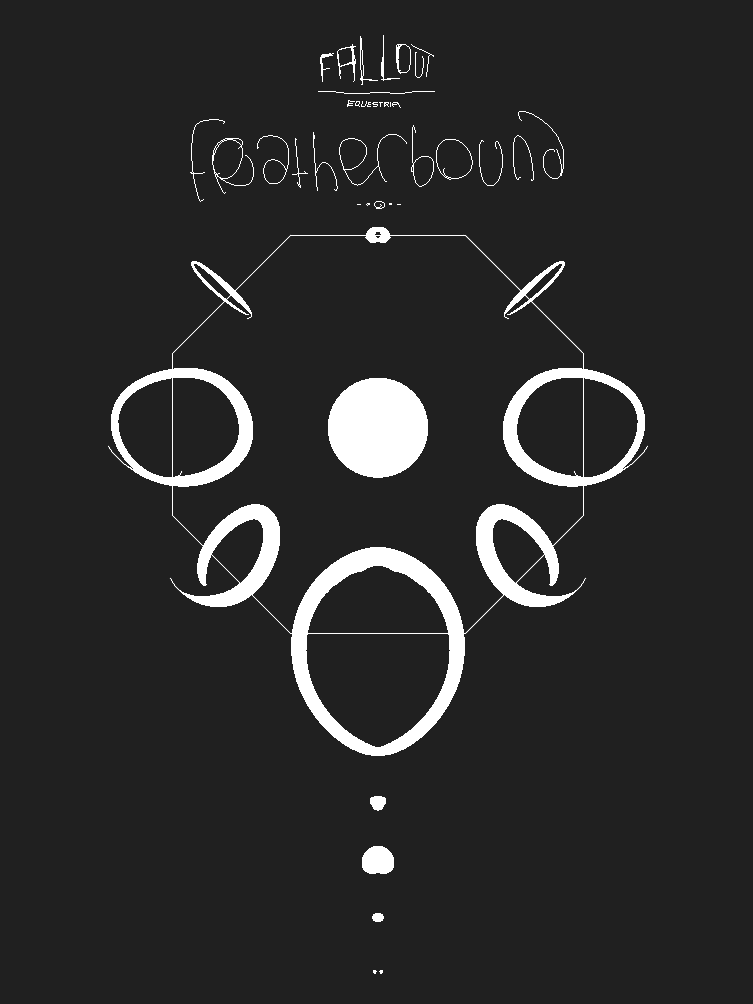 Just another bloody chapter in pony history.
"So just sleep; my little pony, just lay 'til this world freezes over: the cold is no thing to be won, it's a thing you can't flee. Just rest; as you feel all the layers just constantly bringing you lower; no matter what happens, remember you matter to me."

Stable 64 is… paradise; far as anyone's concerned. Sure, it may have had its fair bout of controversies over the years, and the way the concurrent Grandwatchernote their rather unnecessarily pompous nomenclature for Overstallion took over the last: certainly not particularly chivalrous in description—but, in all honesty: it couldn't get any worse than what horrors could possibly lay out yonder. With that, anyone could agree.

Nothing could be worse than the Wastes.

And most take that as gospel; living their lives from birth to death, in the hopes of prolonging the pony race. In fact, all but one do now, after a daring escape schemed by none other but the youngest son to the Grandwatcher himself. A definite improvement to the situation, to say the least. Now the only problems that still remain a priority to the Grandwatcher would be to make amends with the conspirators plotting his murder; the coming extinction of the griffons; and his ever-declining health.

The story can (eventually) be read here

The Twenty-Sixth Grand Watcher of Stable Sixty-Four, Brevity; of the Rebels. A goldenrod-coated unicorn known for his solemn vigilance, as his unrelenting strategy in the art of warfare, (one he'd learnt from his mother, the remnant of a once-leading family of the Stable,) Brevity comes from both a past of dignity and a time of independency and hedonism. A tired servant to his good commune; Brevity, over all else, waits now longing for the one thing which he prolongs: another fallout.

Introduced as a gift to Cleaver, from his father's dearest friend.

A member of the Steel Rangers, Lavish Frost is a second lieutenant (of many) to an enemy of the Speedsters, who takes up Maudlin as a double-agent recruit. Enticed by her, though mostly because she is aware of the fact that she's working againstthe Steel Rangers, she decides to (allegedly) take her under her wing as a 'sister' of sorts, and take her along onto her journeys throughout Equestria.