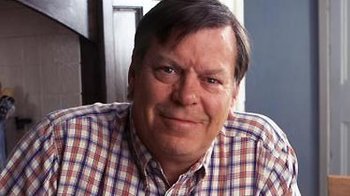 He came across as a fat, grumpy Northerner onscreen, in his most famous role as Dalziel in Dalziel and Pascoe. But the guy did a lot more than that.

He' was in Coronation Street, but rather surprisingly he's also a Fake Russian. With bar (that means twice, at least). He also played a major role in Firefox, a guest role in Blackadder III, and played Dim in A Clockwork Orange.