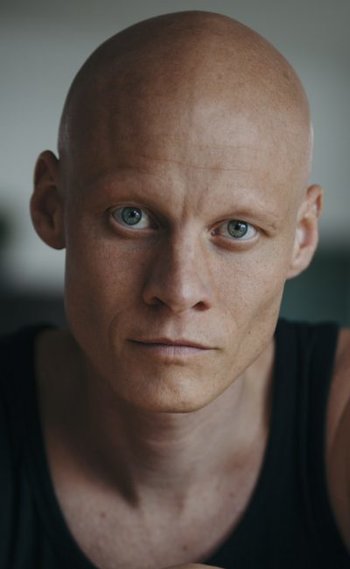 Tómas Lemarquis (born 3 August 1977 in Reykjavík) is an Icelandic actor of Icelandic and French descent.

He is notable for his baldness, lack of eyelashes and lack of eyebrows - he lost all of his facial hair at the age of 13 to a condition called Alopecia universalis.

Tropes and trivia about his works: