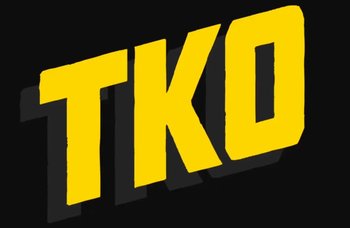 is an American comic book publisher founded in 2017 by Tze Chun and Salvatore Simeone. The difference between them and other comic book publishers is the way they release their comic books in different formats all at the same time (they refer to this as "binge releasing"): a trade paperback collection, a box set of single issues, and digitally in single or collected editions. For their first wave of books, they released the first issues for free digitally.