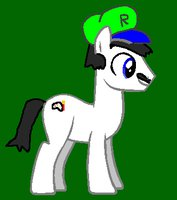 Ragameechu is a deviantART cartoon reviewer and artist, who reviews various cartoon shows with inspiration from other cartoon reviewers, most noticeably Mr. Enter. He does have some originality in his works, though, and has done a wide variety of reviews.

This person shows examples of...