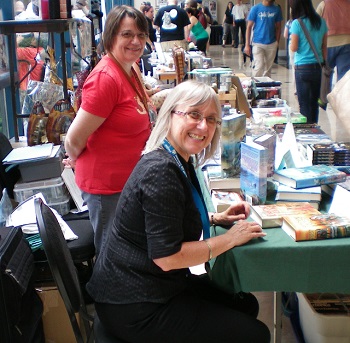 Czerneda at the Polaris 26 sci-fi convention.

Julie E. Czerneda (1955-?) is a Canadian Speculative Fiction author. She is a biologist by training, and her books are rife with aliens that are truly alien. Her work has won several awards including four Prix Auroras.