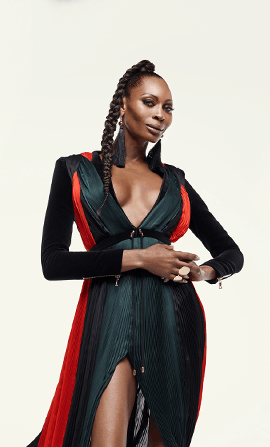 Dominique Brebner (born 1964/1965), known professionally as Dominique Jackson and Tyra Allure Ross, is a Tobagonian-American model and actor. Jackson is best known for her role as Elektra Abundance in the television drama series Pose.