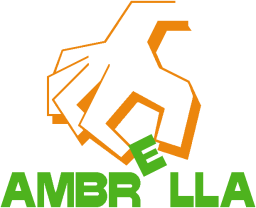 Ambrella (株式会社アムブレラ, Kabushiki-Gaisha Amuburera) was a Japanese video game developer based in Tokyo. They were founded in 1996 and existed until 2020. They were known for their Pokémon Spin-Off games, in particular the Pokémon Rumble series, a series of simplistic ARPG beat-'em-ups using a Super-Deformed art style introduced in My Pokémon Ranch.

On October 16, 2020, Creatures, one of Pokémon's three copyright holders, acquired Ambrella and the rights to its properties, disbanding Ambrella and putting its workforce under Creatures' employ.