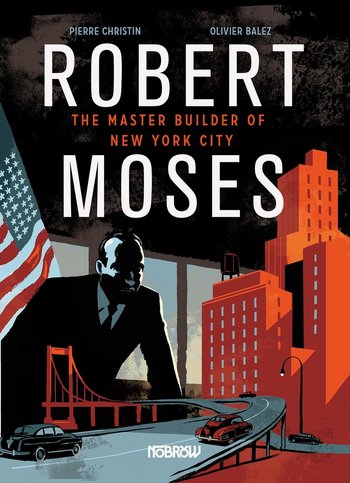 From the subway to the skyscraper, from Manhattan’s financial district to the Long Island suburbs, every inch of New York tells the story of one man’s mind: Robert Moses, the architect who designed it all. Now, in Pierre Christin and Olivier Balez's new graphic biography, the rest of Robert’s story will be told.
Advertisement:

Robert Moses: The Master Builder of New York City is a graphic novel written by Pierre Christin, illustrated by Olivier Balez and published by Nobrow.