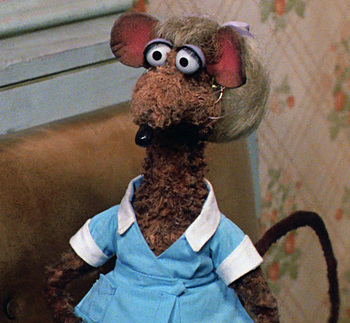 Rizzo's on-again-off-again girlfriend, introduced as one of the rat crowd in The Muppets Take Manhattan and appearing sporadically in Muppet productions ever since. 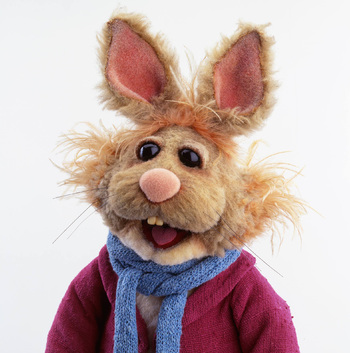 Created for a one-off HBO special, Bean Bunny went on to become a recurring character in The Jim Henson Hour and late-period Muppet Babies, and had a major role in Muppet*Vision 3D. He's childlike and cute, he knows it...and he uses it to curry sympathy when his attempts to help the show go awry.

Kermit: We hired him to act cute, so the rest of us don't have to. 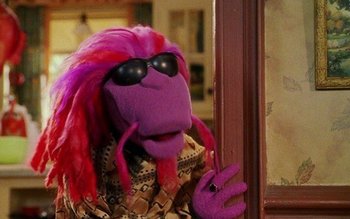 Part of the MuppetTelevision crew at his debut, Clifford went on to be the host/straight man of Muppets Tonight in 1996. 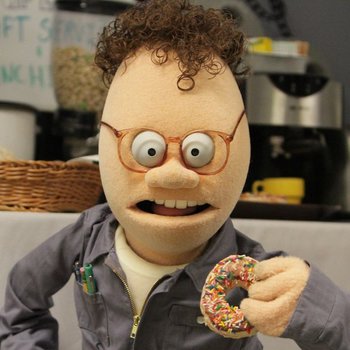 A nerdy human Muppet who was initially rather unknown, but made a comeback as an IT guy on Up Late With Miss Piggy. 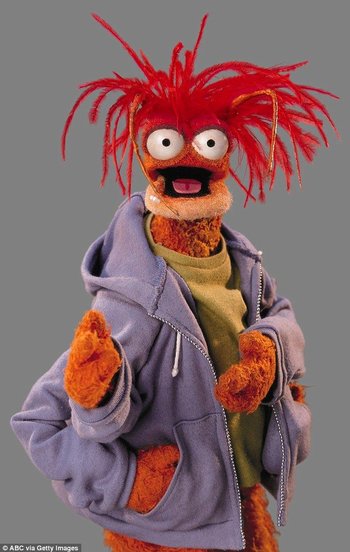 A Spanish prawn with an odd accent speech pattern. He often attempts to be a womanizer. 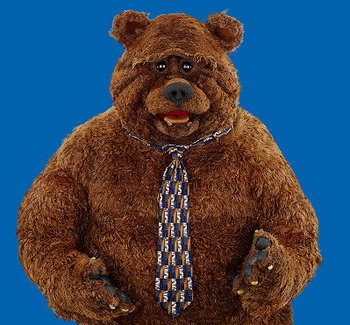 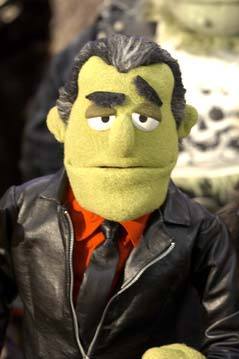 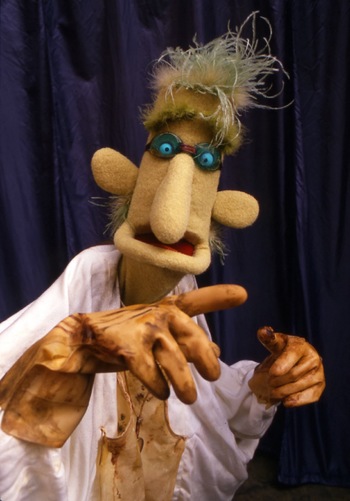 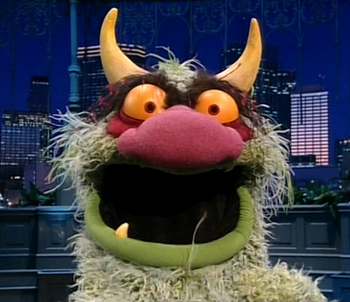 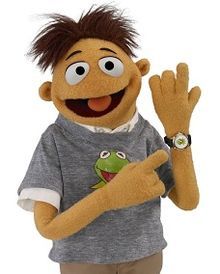 The world's most dangerous frog. He just so happens to look exactly like Kermit the Frog, save for a mole on his face.

Kermit's girlfriend in the 2015 show. They got together shortly after Kermit and Piggy had their big break-up.

An adorable baby penguin that Piggy takes home with her from a trip to Argentina. No relation to the singer.

Proprietor of a French-fried frog legs fast food franchise, Doc Hopper sees Kermit the Frog as the ideal spokesman for his product. Kermit refuses to shill for him, but Hopper really won't take no for an answer...

Doc Hopper's somewhat nerdy assistant brought Kermit to his boss's attention after seeing the frog not only ride a bicycle, but also perform with Fozzie Bear at El Sleezo's Cafe. He's initially supportive of Hopper's attempts to make Kermit a spokesfrog, but soon enough he's only sticking with the bad guy for the money, and even that motivation only goes so far...

The prospect of oil under the site of the old Muppet Show theater prompts this billionaire to buy the building under the guise of turning it into a museum. When the good guys learn of his scheme to raze it, their quest to raise enough money to buy it back begins. He's got all the trappings of a classic kiddie-movie villain...except the Evil Laugh.

Portrayed by: Ricky Gervais
Debut: Muppets Most Wanted
Constantine's right-hand man, Dominic gets tangled up with the Muppets even before his boss does, suggesting that they go on a world tour and kicking off the movie's plot.

A feisty Russian prison guard who loves Broadway and has a crush on Kermit.

Fozzie's human girlfriend, who sometimes gets involved in the antics around Up Late With Miss Piggy.

The president of the network that airs Up Late With Miss Piggy. While initially not present, she eventually starts to meddle with the show on occasion.

A branding guru that Royce hires to help run Up Late With Miss Piggy alongside Kermit. However, he tends to have bad ideas that make him little more than a nuisance around the office.