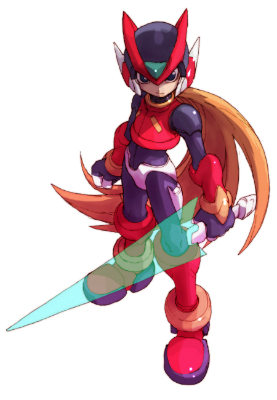 The Zero series Backstory ends with the eventual ending of the Mega Man X series. By the time the Zero series starts, both X and Zero are bona fide legends. However, X is nowhere to be seen (for reasons revealed in Zero 2), and Zero is found in an underground laboratory, nonfunctional and lacking in weaponry, memories, or even arms. At first, Zero seems to be a loner, more distant than he ever was in X, but over the course of the series, he comes to define himself as a soldier who fights to protect people he believes in; primarily Ciel, but he also grows to include the rest of the Resistance members and 4's caravan of human refugees. 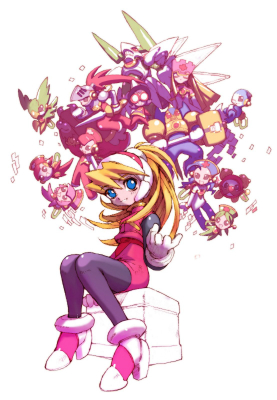 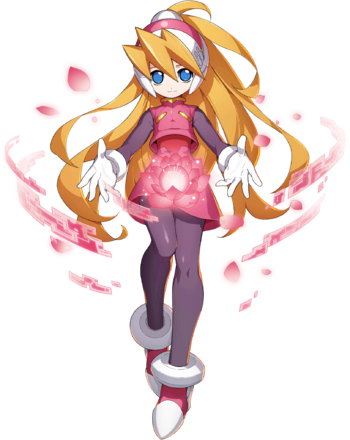 To me, you are Zero.
Voiced by Rie Tanaka

A human scientist looking into more efficient energy sources, particularly Cyber Elves, which she believes will end the war between humans and Reploids. She's also responsible for making Copy-X — whoops. Ciel is the one who initially finds Zero, informs him of his legendary warrior status, and asks him for help fighting the tyranny of Copy-X's Neo Arcadia. After defeating Copy-X, Zero wanders off to do his own thing, but in the end, he realizes that he and Ciel need each other to accomplish their goals.