The Character Sheet for Charmed. Beware of spoilers, only spoilers from the seventh and eighth seasons and the comics are meant to be blacked out. All character sheets contain major spoilers. Proceed reading at your own risk.note As per wiki's policy, all trope names should be visible which may indicate if the character died or if they are deceiving. 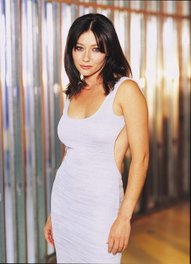 Born on October 28th, 1970, Prue was the oldest Charmed One. Always regarded as the bravest and most powerful of the four sisters. Her Wiccan powers were based on mind and movement: the ability to move things with her mind and the ability to project herself in astral form. Prue worked as a successful photo journalist, a career she had wanted to pursue since childhood.Despite her formidable powers and sharp intellect, Prue was tragically murdered on May 17th 2001 by the Source's personal assassin, Shax; temporarily severing the Power of Three.

For more information on her, visit her page. 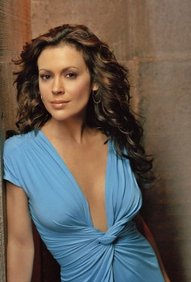 Born on November 2nd, 1975 Phoebe Halliwell is the middle sister after the death of her older sister, Prue and the discovery of their half-sister, Paige. She is the wife of a cupid named Coop and the mother of their children; P.J, Parker and P. Halliwell. She was once pregnant with a son, fathered by her ex-boyfriend Cole but she lost the baby.Phoebe was once considered the weakest of the Charmed Ones by demons as her powers were more passive than active. However, she consistently proved them wrong with her formidable martial arts skills and her spell-casting talent.Her Wiccan powers gradually advanced to include offensive aspects such as levitation. Her main powers included premonitions, empathy and psychic reflection.Phoebe is a famous columnist and an occasional reporter in the Bay Mirror as well as the author of a best-selling novel. 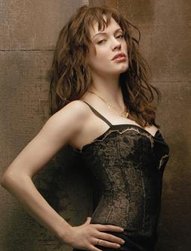 Born on August 2nd, 1977 Paige Matthews is the youngest of the Charmed Ones. She's the wife of Henry Mitchell and mother to their children; Tamora, Kat and their adopted son, Henry Jr. Paige was adopted by Mr and Mrs Matthews after being left at a church shortly after birth. She met her half-sisters, Piper and Phoebe Halliwell after the death of the eldest sister, Prue in 2001.As the daughter of a witch and a Whitelighter, Paige has the most powers out of the sisters despire being the youngest and last to join the Charmed legacy. Her powers include telekinetic orbing, orbing, healing and generating orb shields.Paige is a full-time Whitelighter as well as a recruiter for the Magic School.
Main Characters

Andrew 'Andy' Trudeau was born in the early '70's and was a police inspector for the San Francisco Police Department until he quit after being accused of knowing a connection between Prue Halliwell and a series of unsolved paranormal cases.In 1999, Andy was killed after being hit by an energy ball thrown by a powerful demon known as Rodriguez.Andy had been a lifelong friend of the Halliwells, having been living close to them and growing up with them. Penny 'Grams' Halliwell often had to cast spells on him to erase his memory as the girls would use magic on him whilst playing.Andy and Prue had an on-off relationship since high school and Prue was devastated upon his death, believing him to be her true love; proven as she never had a proper boyfriend after his death. 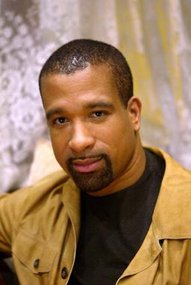 Darryl Morris was a San Francisco Police Department inspector and the husband of Sheila Morris. He was the father of their two sons; Mikey and Darryl Morris Jr.Originally the partner of Andy Trudeau, Darryl became close to the Halliwells and became an ally to them after learning of their magic secret. Since then, Darryl repeatedly put his job on the line to help cover for the sisters when a case featured any magic. In 2003, Darryl was promoted to lieutenant when he arrested a dangerous criminal with the help of Leo Wyatt and the sisters.Darryl was a close ally to the sisters until 2004, where he was framed for a murder by the Cleaners to prevent the exposure of magic. Although the Halliwells managed to convince the Tribunal to spare him, Darryl retained his memories of almost being executed. The event caused a rift between him and the sisters. He did, however, assists the girls in their battle against Zankou. Afterwards, he moved to the East Coast with his family.

Dan was the mortal neighbour of the Halliwells and was in an on-off relationship with Piper in Season 2. Dan used to play second base for the Seattle Mariners baseball team until he injured his knee. He moved to San Francisco for a job together with his niece, Jenny.Dan dated Piper when he moved in next door the manor. He noticed the girls' strange lives and often suspecting they were hiding something during the majority of their relationship. Due to Piper's unexplained disappearances and avoidance of his questions, Dan became increasingly frustrated. He was also constantly feeling threatened by Leo's presence, knowing his history with Piper and knew that Piper still cared for him. Eventually, Dan felt as though he was just 'geographically desirable' and that the basis of the entire relationship with Piper was based on this. Piper finally breaks up with Dan after realising she was in love with Leo more. 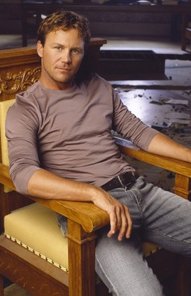 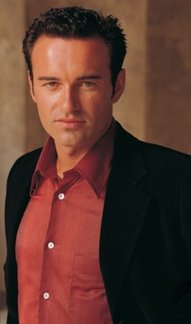 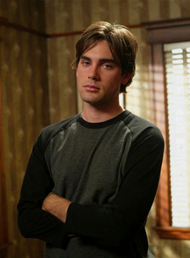 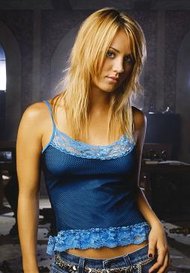 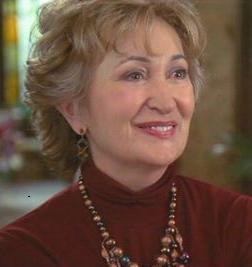 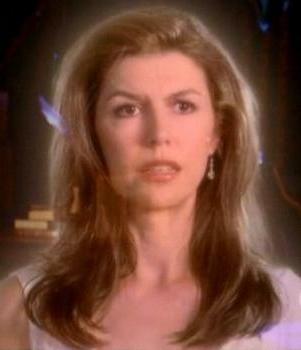 The Source of All Evil