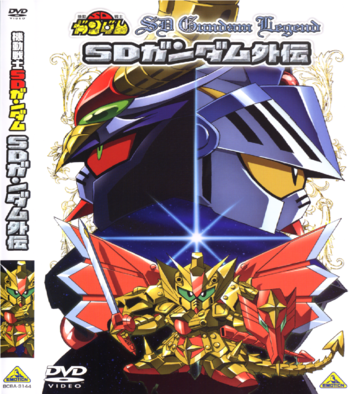 SD Gundam Gaiden is a 4-episode OVA series going from March 25, 1990 to March 21, 1991. It's an adaptation of SD Gundam Gaiden: Sieg Zeon Hen, a Cardass series that went on from 1989-1990 and started the Knight Gundam series, a major part of the SD Gundam sub-franchise.

In the mystical land of Lacroa, where humans and robot knights live together. The main character is Knight Gundam, a noble warrior with no memory of his past, Princess Frau is being attacked is being attacked by a couple of demons. She is then saved by Knight Gundam, a knight who lost his memory. Together with his hearty troop, they journey across the land to vanquish evil and help those in need.

If your curious as to what it's like, you can watch all four episodes with english subtitles here.