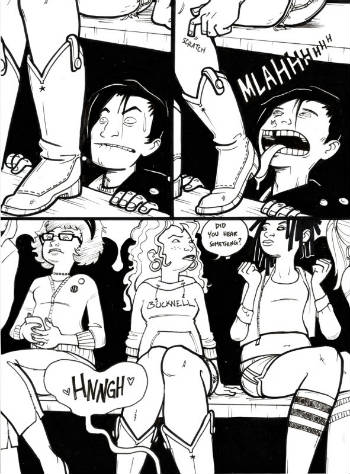 This is a totally normal high school.

is a webcomic by Liz Suburbia, which she describes with the tagline "Highschoolers in unholy land." The blog Hideous Energy

refers to it as "a kind of weird teen-drama where dead bodies show up and no one really freaks out too much." The central characters are Ben Schiller and Otto Mahoney, a Tomboy and Chivalrous Pervert friend duo who bond through shared interest in booze, tattoos and zombie movies. Though still in progress, so far the plotline has involved murders, crappy relationships, fires in movie theaters, and pretentious teenage Wiccans.