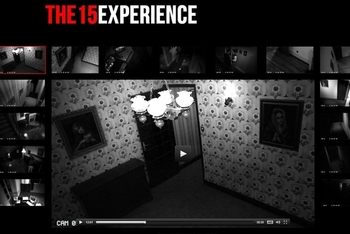 The 15 Experience is a Found Footage webseries started in 2014.

The first videos uploaded were on YouTube, featuring a hacker showing evidence of paranormal activity in the house he was watching. This was the standard for a while, until the true experience was released on the hacker's own website. Now, viewers got a live recording of four people trapped in the house, able to jump from camera to camera to catch the entire story. After a hiatus, more uploads began in 2017, although everything stopped again, without warning, in that same year.

Despite the story being of a live recording, in reality, it was a short-film created for a Swiss filmmaking contest.