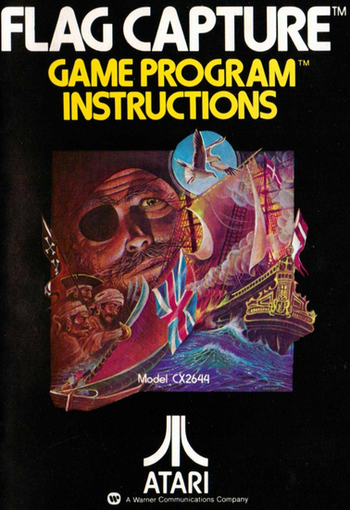 Flag Capture is an early Atari 2600 game from 1978. It's the first video game example of Capture the Flag, though the mechanics are incomplete - there is only one flag, there are no bases to bring it back to, and there is no fighting.

One or two players wander around a 9x7 grid of squares, and press the fire button to find out what's in that square. It may be the flag, or a hint about where the flag is, or a bomb that sends them back to their starting square.