Video Game / A Game of Concentration 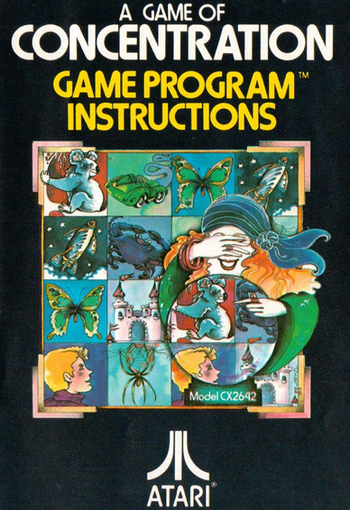 A Game of Concentration is an Atari 2600 one player or Competitive Multiplayer Puzzle Game from 1978, based on Concentration. Players take turns selecting two cards from either a 4x4 or 5x6 grid, using the 2600's numeric keypad controllers. The cards turn over to reveal images of various objects. If the images match, the player scores either one or two points, depending on the difficulty switches, and gets an Extra Turn. If they don't, both cards turn back over. There are also wild cards that match anything.

There are eight variations:

2. One player competing against himself (matches vs. non-matches).

A Game of Concentration provides examples of: