Haaakunaa maataataa...note Saying that to mainland Tanzanians will net you odd looks and probably laughter. That phrase is commonly used in Kenya, not Tanzania; they prefer "hamna shida" instead.
Advertisement:

The United Republic of Tanzania (Swahili: Jamhuri ya Muungano wa Tanzania) is a country located in East Africa. As the name implies, the country is sort of a federation between the large mainland portion, Tanganyika, and the offshore archipelago of Zanzibar, hence "Tanzania". This merger has only been achieved recently, and thus, beforehand, the two polities had separate histories and fall-and-downs.

Originally inhabited by click language-speaking hunter-gatherers, Tanganyika saw the movement of Bantu and Nilotic peoples from present-day Cameroon and South Sudan, respectively, who mixed in to form a cooperative trading community. At the same time, Arab traders from Yemen went to Zanzibar and coastal Tanganyika to trade with the local peoples, among them the Swahilis (a subgroup of the Bantus), whom they influenced greatly in culture, language, and religion; it's estimated that Islam was already practiced in the so-called Swahili Coast since the 8th century.

Later, the Portuguese conquered the Swahili Coast and Zanzibar, and held sway for 200 years. They benefited immensely from the lucrative spice trade there. Zanzibar became known as "Spice Islands", sharing that title with the Moluccan archipelago in present-day Indonesia. However, they were driven back by an Omani sultan who moved his capital from Oman to Zanzibar City, where he allowed a massive slave trade among the holders, including the infamous Tippu Tip, who was said to own over 10,000 slaves. Meanwhile, the inland Tanganyika was conquered by the German Empire (as were Rwanda and Burundi), who ruled until they lost World War I, at which point the British took over the region as part of the League of Nations mandate, though they administered it separately from Zanzibar, which they already ruled as protectorate above the archipelago's sultanate.

The British kept both as practically colonies well through World War II until 1961 and 1963, respectively, when they took notice of Tanganyika and Zanzibar's nationalistic petitions and granted them independence. Meanwhile, Zanzibar had been undergoing upheavals in an attempt to remove the Arab sultans from exercising an absolute monarchical rule over the archipelago, and the sultanate was toppled in 1964 in a popular revolution. The revolutionary government decided to merge with Tanganyika, though against many Zanzibaris' wish. Thus, the modern state of Tanzania was born.

Since independence and merger, the country has been ruled by a one-party state, which completely banned opposition under socialist and pan-African ideology until 1994. The country is currently struggling from massive poverty, underperforming economy, underdeveloped infrastructure, and inadequate water and sanitation.

Tanzania is famous for having pretty much Africa's stereotypes as shown in the media all in one border, except for the eternal not-so-civil wars/squabbles (for those, look for Democratic Republic of the Congo): there's the tribal clans of the hunter-gatherers, untamed savannahs (the Serengeti Plains, which see the world's largest concentration of large mammals on Earth), the majestic highlands of the northeast (home of Africa's highest peak, Mount Kilimanjaro), wild rivers and lakes (Tanzania contains all Great Lakes: Victoria, Tanganyika, and Malawi), medinas (the Swahili Coast and Zanzibar), and so on. If you watch any movies that show savannahs with wildebeests, zebras, lions, and hippos with mountains in the background, chances are it's modeled after somewhere in Tanzania. Indeed, most of the country has been designated as protected areas due to such a rich natural heritage, and whenever someone tries to disrupt the harmony, everyone outside and inside the country will flare up, even if the one who does that is the government itself.

Counterbalancing its high biodiversity, the country is also not shy in the demographic department; there are over 125 ethnic groups recorded in the country. Not one holds majority over each other, though most of them are either are either of the Bantu or Nilotic ethno-linguistic groups, which greatly simplify the composition. In the religion side, it's evenly split between all components: Muslims constitute 35%, mostly the Swahilis who are the majority of the country's cultural capital city Dar es Salaam, Christians 30%, and traditional religions the rest. The autonomous Zanzibar, though, is nearly 100% Muslim.

Relevant works from Tanzania include: 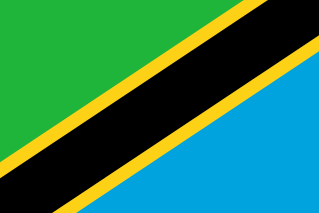