It's pronounced stegosaurus, you asshole.
—Ardebitis, on the word "thesaurus."

Ardebitis is a troper... Yeah... That's pretty much all you have to know about him...

This page is much more centered around characters imagined by Ardebitis, and created through the Massively Multiplayer Online Role-Playing Game City Of Heroes. 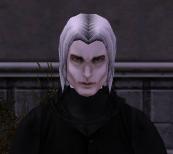 That guy creeps me out. Considering I'm in a bar filled with murderers and demons, that's saying a lot.
—Random Pocket D Patron.

Jei is a
Advertisement:
brain in a robot body, formerly an assassin for the Nihilistic villain group known as Black Tie. As Ardebitis' oldest character still in use, Jei has been captured, tortured, dismembered, undismembered, re-dismembered, killed, and publicly humiliated. Five years of being strapped to a table, with the occasional visit by an evil scientist who performs some Unwilling Roboticisation, along with all the abuse he's taken after his escape, has left him with no morals, no respect for human life, and nothing to prevent him from doing his job...

...However, a recent hard drive wipe has left him seeking out a new, better life. 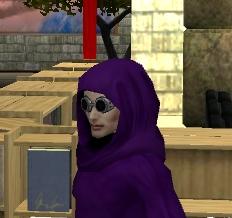