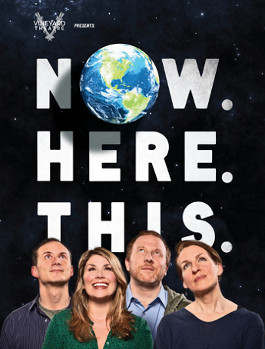 Now. Here. This. is an autobiographical musical by the same creative team who created the autobiographical musical [title of show]. Instead of chronicling the relatively straightforward story of its own creation like its creator, Now. Here. This. is a collection of sketches and vignettes detailing events in the lives of the four cast members, from children to adults, and how those events led them to the present day.

This musical contains examples of