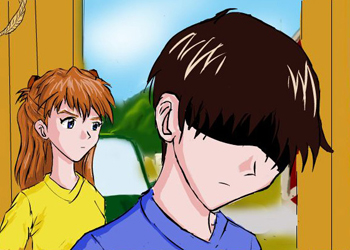 "Shinji, you can't go everywhere and take care of every living thing," Asuka spoke seriously behind him as if she had read his mind. "You can't save everyone..."