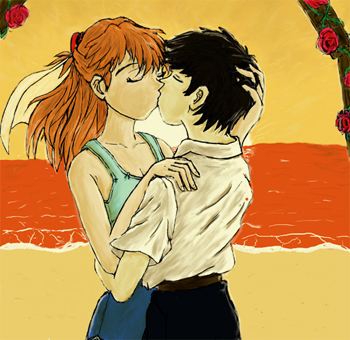 They never remembered how long they stood there; kissing while the sun gave its last light for that day, leaving only the stars and the sea to watch the two beings that shared the most precious thing in this world.