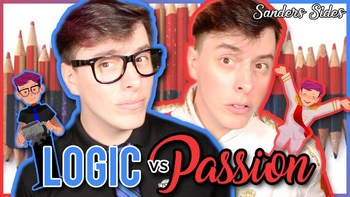 Thomas has the intention to do a video with his friends where they'll play a game of his invention. However, the game happens to be too uncomfortable for his friends, as it requires smelling the others' shoes, so they leave. Logan appears and asks him what he was thinking about and Thomas admits he didn't prepare anything beforehand because he wasn't feeling motivated. Frustrated over having to deal with that problem again, Logan summons Roman so that the two of them together, his rationality and his hopes and dreams, can help Thomas see the motivation in everything that Thomas does in his life.