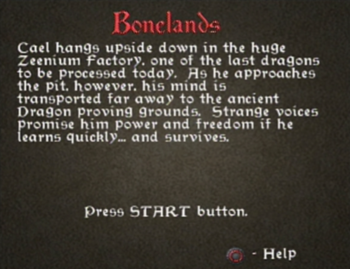 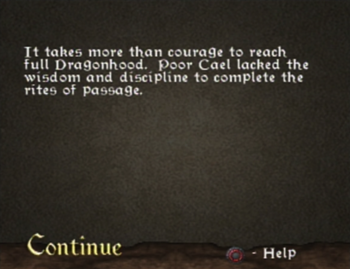 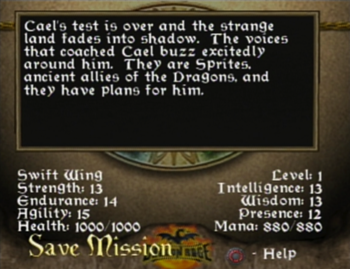 This is no Dream Cael.

The tutorial level of the game Dragon Rage. The entire tutorial takes place in the Bonelands, in a ancient dragon proving grounds in some sort of vision. In the tutorial the player gets to learn how to use Cael's Dragon Breath Weapon, Dragon Powers and how to his Elemental Enchantments affect them. Players also get to learn how to use his Dragon Fury Attacksnote This is also affected by Cael's Elemental Enchantments, though players will only learn about the Earth Enchantment one. and how to restore Cael's Mana. It's interesting to note that this level actually takes place before the game's introductionary Cutscenenote And, possibly while Cael's unconscious..