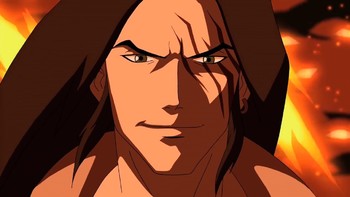 This is Harm. You can now run.

Baron Bedlam: It will never be over, prince! Not as long as I draw breath!
Geo-Force: Uncle... I believe you.
Tie-in Comics