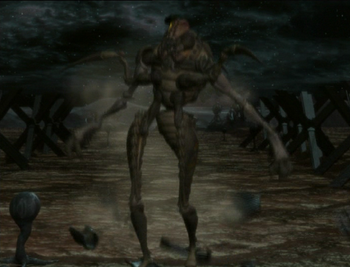 Bugs can smell human blood from a kilometer away, through skin, through suits, through steel. They feel no pain and they have no emotions. Their only desire is to kill you.