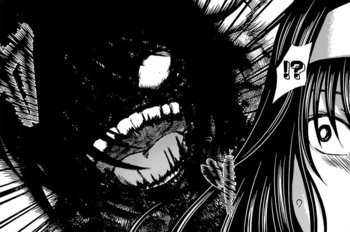 Look out behind you...

Being a manga about a website where people can post videos of torture and/or murder, DEAD Tube is bound to have heaps of Nightmare Fuel...