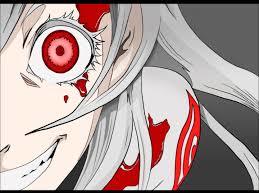 If you see her making that face, don't even bother running away : you're already dead.