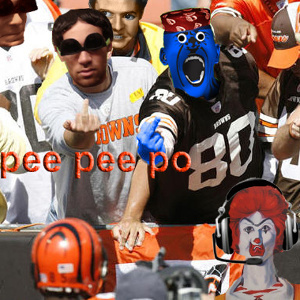 According to an article

by a now-defunct blog known as The Weirdest Band in the World, they have been active since 2006. When they first started, they originally set out to be a "serious" band, but all they had was a microphone and a Casio MIDI keyboard which they didn't really know how to use at the time. All they could really do was "make really fucked-up drums and strings sounds with it" which they found so humorous that they decided to make music like that all the time. And thus, peepeepo was born.

Much of their music consists of simple, almost childish melodies with equally simple-sounding, almost chiptune-like timbres (presumably from the aforementioned Casio keyboard) with beats usually provided by a drum machine that uses electronic drum sounds on some songs and realistic ones on others. Sometimes, an electronic kit is used and other times the drums are provided by messing around with the keyboard. The latter method can create some hilariously intense beats and fills that would be impossible to play on a real kit.

Other hallmarks of peepeepo songs include tempo changes that usually take the form of gradually going up to speedcore or even close to extratone levels before going back down to much lower levels after a while as well as random, sometimes indecipherable conversations laced with rude bodily noises throughout that turn into high-pitched screams and shouts (all of which are often vocoded and/or pitch bent).

When they're not making music as peepeepo, the duo is known as Omahamaho. That is the name of their YouTube channel

, the location of the band according to their SoundCloud

, and the record company they're signed to according to the back album art of their first album, Captain Guantanamo Garuqueavich.

Speaking of their YouTube channel, it is where you'll find a vast majority of the duo's content. Not only do they have uploads of several of their full albums (see links below) in addition to many individual songs, but also a ton of other videos, including live-action/animated skits

, and gameplay footage of PS1