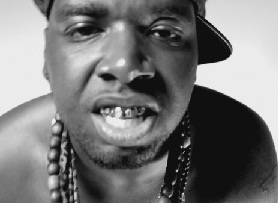 Mr. Muthafuckin' eXquire (yes, the "Muthafuckin" is part of his name, and "eXquire" is capitalized that way) is a rapper from New York whose style can best be categorized as a combination of hardcore rap and pop culture references. His album Lost in Translation is available for free on Bandcamp

(note that the cover is somewhat NSFW).

Tropes that apply to eXquire