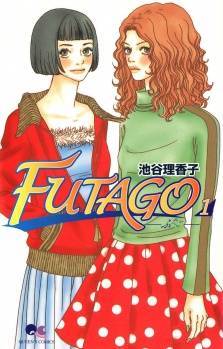 Yukari Nagaya is a hard-working horror novelist, living alone in a spacious apartment. She's enjoying her single life until one day, her twin sister, Ayaka, comes to her with a strange request: Could the young man she met on her honeymoon stay with Yukari until he finds a place to live? His name is Naomi, and not only did he rescue Ayaka's purse from a theif, but he accompanied her all throughout what would have been a very lonely honeymoon, as Ayaka's new husband, Mikihito, had to return to Japan for work. On a whim, Yukari decides to allow Naomi to stay.

So begins a very down-to-earth story about love, marriage, and the relationship between twins.