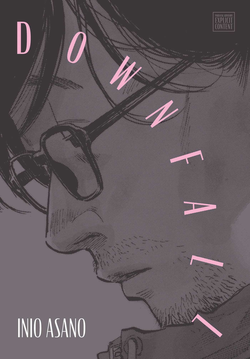 Downfall is a 2017 manga by Inio Asano, creator of solanin and Goodnight Punpun. It is partly fictional, mostly autobiographical, and wholly depressing.
Advertisement:

Kaoru Fukusawa is a mangaka. His life is manga. His heart is manga. His soul is manga. And through the medium of manga, he is moderately successful. One day after finishing his first series he gets Writer's Block. He can't continue to make manga—he has no idea what to write about. And as his life falls apart around him, Fukusawa is pressured more and more to make that "one hit" that will save his career.