Face of the Band 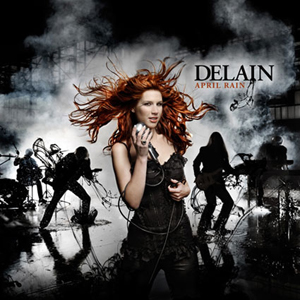 The Color Stealing Squad in action.
"Ziggy played guitar
Jammin' good with Weird and Gilly
And the Spiders from Mars
He played it left hand
But made it too far
Became the special man, then we were Ziggy's band"
— David Bowie, "Ziggy Stardust"
Advertisement:

In most cases, whenever a high-profile band becomes well known, most casual fans can only identify one particular band member by name. Usually it's the lead singer. Sure, there are a few other people playing the drums, guitar and bass, but who cares about them? They're just background noise, so they don't get much of the publicity, if any at all. One possible explanation for this involves the rise of the music video. For the most part, when a band makes a music video, the camera tends to focus on the person singing, thereby giving a lead singer much more camera time than the rest of the band. In extreme cases, the lead singer will be the only one in the music video.

This is especially prevalent in bands that are named for one or more of the founding members (Santana, Gladys Knight and the Pips), bands with rotating casts aside from one or two consistent members, or bands with one female member (even in the rare case where she doesn't sing lead, which is a sure-fire clincher of "face" status, she'll at least be the other Face Of The Band simply by virtue of being The Chick). It's also rather fascinating just how often this tends to be a rare human-specific case of What Measure Is a Non-Cute? (Not really surprising, but fascinating.)

Depending on the genre, the person linked to the band will inevitably go solo, and the rest of the band will often fade into obscurity afterwards. And in a few cases, this is enforced from the get-go, where the "face" actually owns the name.note For example, "Five for Fighting" sure sounds like the name of a band, but it's actually the stage name of singer-songwriter Jon Ondrasik. Anyone else who happens to be playing with him is just a hired musician.

The two-person version of this trope, and also its opposite (where one band member is much more forgettable than the others) is the Lesser Star. Taken to its Logical Extreme, becomes I Am Not Shazam. See also I Am the Band and Spotlight-Stealing Title. When a group tries to carry on after losing its most prominent member(s), the result is The Band Minus the Face. Can occur even on a Long-Runner Line-up. Not to be confused with The Face but the roles can overlap if the one member everyone knows is also the most social. Quite common if the band is named after the guy, and in almost all cases of Artist and the Band names.

Also, no points are given out to tropers for knowing the names of all the band members who are NOT the Face of the Band, so don't list them. This trope refers to the general public, of course you can probably name all the members of your favorite band, but casual fans usually don't. This is not a game of "Hahaha, I can name all the members of The Moody Blues and you can't, so I'm superior!" So don't add that stuff in, please.

Alternative Title(s): The Face Of The Band