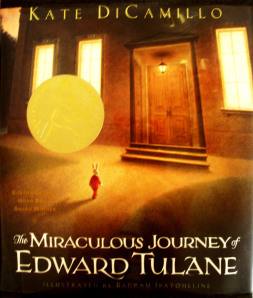 The Miraculous Journey of Edward Tulane is a 2006 novel by Kate DiCamillo.

It recounts the adventures of Edward, a china rabbit who is separated from his original owner and passes through a variety of hands.