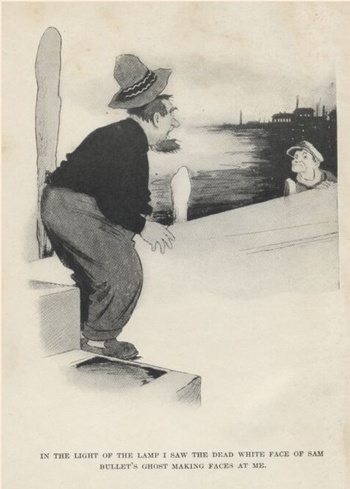 Sam's Ghost is a short story published in 1919 by WW Jacobs.

The Watchman of a dock has what seems like an average job until a man named Sam Bullet goes overboard and drowns. Sam had borrowed money from the Watchmen and gave him a watch to hold until